If These Drums Could Talk

Scope out the Drum Vid Vault!

Bobby has been touring with Lita Ford since 2013. The band also features Marty O'Brien on bass and Patrick Kennison on guitars. Be sure and check out the Events page and see when the gang will be in your town. 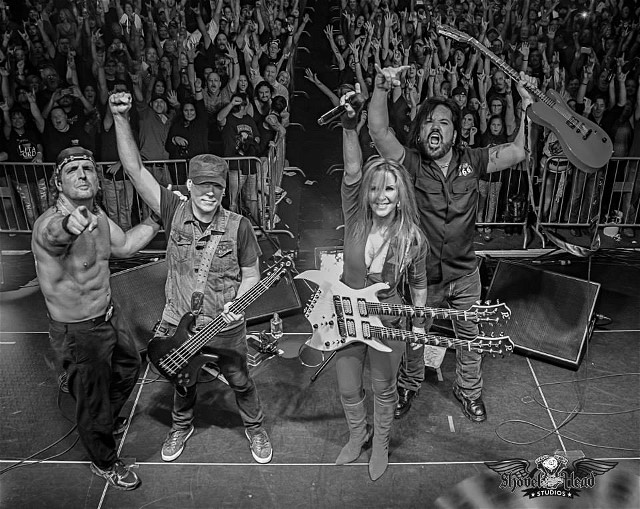 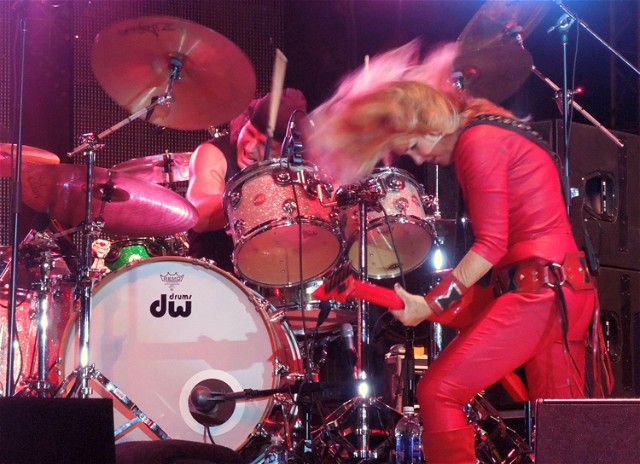 Tracking has just concluded on a new Lita Ford record, which is scheduled for a 2022 release: 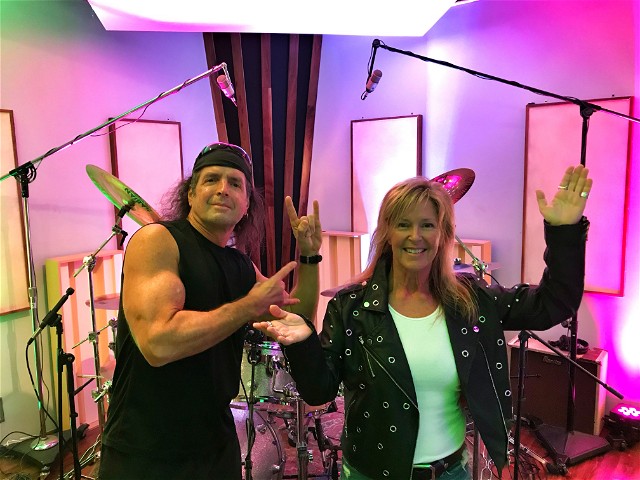 Bobby's been involved with his own solo records and tours for a number of years now.  You can hear a few tracks from some of Bobby's previous releases in Audio, or grab an autographed copy (or purchase immediate downloads) in our Store: 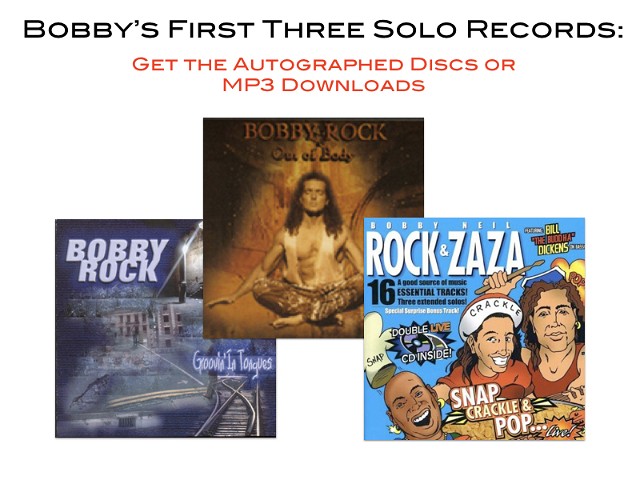 A new record is currently in the works:

Special Announcement from Bobby: Friends, I’m thrilled to make this official: I have been deep into pre-production for a new solo record, which we are looking to release next year. It is the original “soundtrack” for my latest book, The Boy Is Gonna Rock, and man, let me tell you: this shit is bangin’! As mentioned on the cover art, the soundtrack is “An Adventurous Instrumental Tribute to Songs that Inspired the Story.” So it’s a collection of special remakes; key cover tunes that were pivotal in my initial journey as a drummer (Alice Cooper, Black Sabbath, etc.), or that represent the magical era of mid-80s hard rock that the book focuses on. In other words, if the book were a movie, these are some of the songs you might expect to hear along the way.

The twist? The music is done with that drum-heavy, instrumental focus that all my solo albums feature… with the original band that I recorded and toured with back in the early days of my solo pursuits. Yes, that’s right: I have managed to recruit guitar virtuoso Brett Garsed and bass phenom Carl “The Fox” Carter back into the fold for this one! For any of you who used to see us play back in the day—and/or have heard my solo records—you know these are two of the baddest mofo’s in the biz. And I’m happy to report that ALL of that crazy magic and chemistry is still fully intact today. Can’t wait for you guys to hear it. (And… I hope to announce a couple other very special guests on the record soon.)

Also, over the last number of years, I’ve occasionally mentioned a very special and unique drumming concept—and the unusual monstrosity of a drum kit that the idea inspired—that I’ve basically been hoarding (and developing) in the isolation of the woodshed: Alphabet Drumming and the “Alpha Kit.” So now, it’s time to unveil it. I’ve decided to record The Boy Is Gonna Rock with all 40 drums of this mammoth set-up.

Beyond the 360 degree “freak show” aspect of the kit and, I suppose, the creatively twisted novelty of playing words or phrases in rhythm, this whole Alphabet Drumming thing, as well as the kit itself, sounds extremely musical and unlike anything I’ve ever heard before. Can’t wait for you guys to fully scope it.

But for now, let me post a few things here. Let's start with a quick "practice room vid" - of which there are probably hundreds - just so you can hear something. This is me spelling out - in rhythm - the tail end of MLK's infamous "I Have a Dream" speech, which I recorded on his b-day in 2020:

Here are my original notes, scribbled on the back of some random index card: 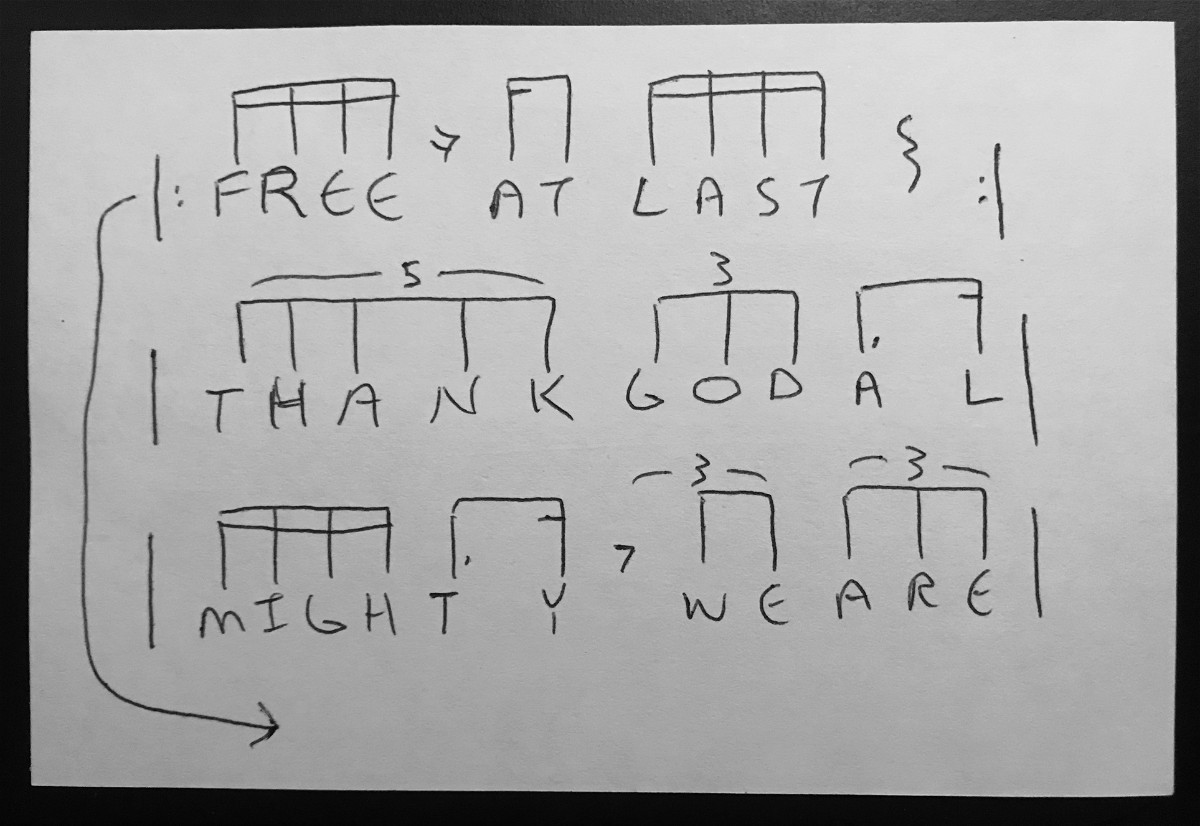 Here's a brief walk-around tour of the Alpha Kit. (And yes, that's my long-time drum tech Cubby on hand):

Keep checking back.... more vids and pics on the way.