The Boy Is Gonna Rock

The Boy Is Gonna Rock 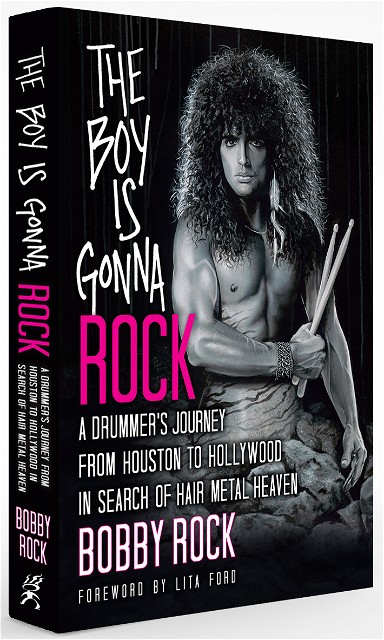 Take a Ride with "the Boy" Through the Heart of the Last Great Era of Hard Rock!
Drumming phenom Bobby Rock takes you behind the scenes to the genesis of his extraordinary musical journey: from the moment he decided to become a drummer, to his fanatical practice and training regimen, to the destined path that led him from Houston to Hollywood—during the height of the 80s hair metal explosion—for a fateful audition with ex-Kiss guitarist’s, Vinnie Vincent Invasion.
It's a whirlwind adventure through recording sessions, video shoots, extensive tours, and the “rock star” life—all set against a chaotic (yet amusing) backdrop of debauchery, dysfunction, and humor. It’s also one of the more engaging and insightful stories you will encounter about a boy’s impossible dream roaring to life during this most beloved era of pop culture, then barreling forward three decades into the present.
Grab a seat, settle in for the ride, and rest assured…
The Boy Is Gonna Rock! 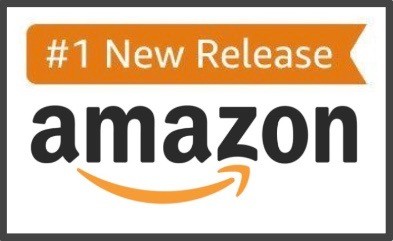 A few Amazon Customer Reviews:
ShakuntalaRoxx
Honest, Respectful, and Full of Details
Reviewed in the United States on May 28, 2018
Verified Purchase
I considered myself a hardcore and extremely knowledgable fan of Vinnie Vincent. A superfan, if you will. I've watched every minute available online, I've owned the albums since they came out, I've listened to every demo and unreleased track on the internet, and I've followed the various message groups during all of the 'silent' years. When Vinnie re-emerged I was as surprised as anyone, and I cranked up the first album in celebration. I had read Bobby Rock's blog accounts of recording VVI a while back and was struck by his candid account, full of details. All that is to say I was happily anticipating this book, but didn't think it would be that much more revelatory, given my (self-professed) level of VV knowledge. I was wrong. This book is EVERYTHING a VV fan has ever dreamed of. It's a detailed, minute-by-minute account of the recording and touring of the two VVI albums, enhanced, I'm sure, by the fact that Bobby R was drug and drink free. I've read every autobiography of every pop and rock star, and most are lacking, because the details of the music -- the albums -- are missing. This book is up there with the best of the Rock books, and gives you exactly what you want -- the info about how those VVI albums were made, how the tours came together, how the business was jacked up, and how the end was painful for all involved. All the while, Bobby R is honest but respectful. If you, like me, never stopped listening to the first VVI album -- buy this book.

* * * * * * * * * * * *
Alister Fiend
The Citizen Kane of VVI biographies
Reviewed in the United States on June 4, 2018
Verified Purchase
I’m a lifelong KISS fan, which extends to most things in the extended KISS family. I bought the two VVI albums (yep, on vinyl) the day they were released. So naturally, in recent years (or decades I suppose) as Vinnie kept himself hidden, the level of intrigue continued to grow. When I heard Bobby Rock had a book detailing the short and turbulent years of the Invasion I bought it immediately.

Not only is the book interesting, it’s amazingly well-written. And unlike most rock autobiographies, there’s no ghost writer here. Rock is not only a gifted musician, but an equally gifted writer. As such, I breezed through this book in just a few days.

This book is a peek behind the curtain at life in a metal band that never quite broke through. What’s impressive is that Rock is able to dish the dirt on some of the band members and management, but he does so in such an even-handed way that he comes across as a really great guy who can give his opinion but also understand that his view might not be the way that everyone saw it.

Congrats to Bobby Rock on delivering a solid book. 5 stars for this one.
* * * * * * * * * * * *
Jose Tamez
5.0 out of 5 stars Captivating
Reviewed in the United States on August 24, 2018
Verified Purchase
I found the book hard to put down and very enjoyable to read. It was if we were having a candid conversation about the last 30 years of his professional drumming career. Not to personal but yet reflecting and highlighting some of his greatest achievements and the painful struggles he endured to achieve that level of success. As a drummer myself, the book clearly doesn't describe the painstaking hours of woodshedding required to get to this man's level of drum prowess, that's a given. Instead we experience firsthand the fruits of his labor and that life offers no guarantees. Here we see a man who against all odds and countless distractions, manages to become the drummer's drummer, and sustain a successful career doing what he loves doing, playing drums for a living. If you're a drummer you'll love reading this book. Rock on brother!
* * * * * * * * * * * *